Bouncing walking droplets possess fascinating properties due to their peculiar wave/particle interaction. In order to study such walkers in a 1d system, we considered the case of a few droplets in an annular cavity. We show that, in this geometry, they spontaneously form a string of synchronized bouncing droplets that share a common coherent wave propelling the group at a speed faster
than single walkers. The formation of this coherent wave and the collective droplet behaviors are captured by a model, which sheds a new light on droplet/wave interactions. 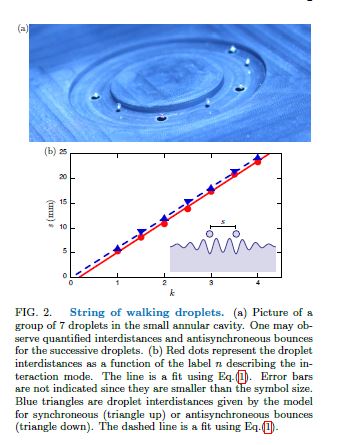