On the analogy of quantum wave-particle duality with bouncing droplets

We explore the hydrodynamic analogues of quantum wave-particle duality in the context of a bouncing droplet system which we model in such a way as to promote comparisons to the de Broglie-Bohm interpretation of quantum mechanics. Through numerical means we obtain single-slit difraction and double-slit interference patterns that strongly resemble those reported in experiment and that re ect a striking resemblance to quantum diraction and interference on a phenomenological level. We, however, identify evident dierences from quantum mechanics which arise from the governing equations at the fundamental level. 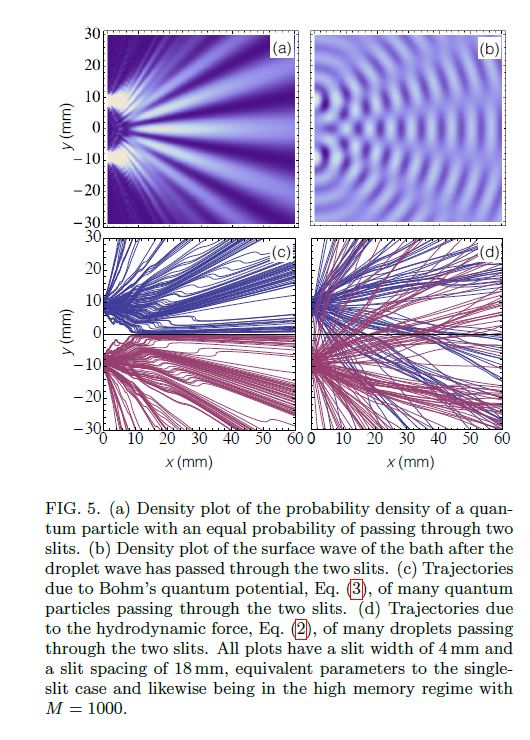 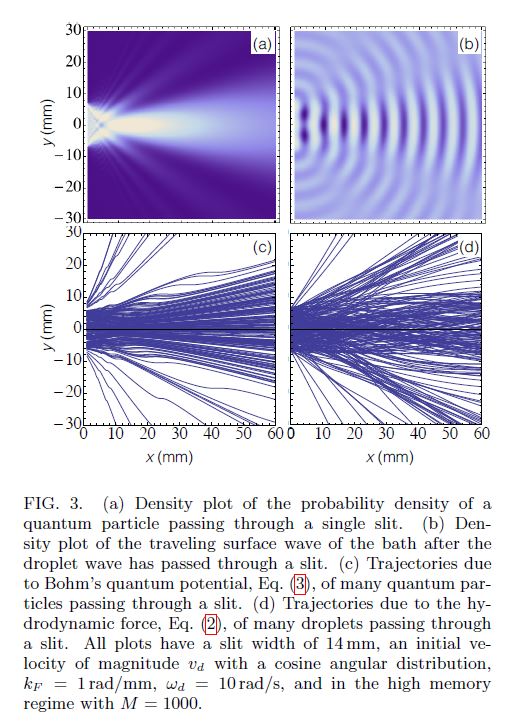