Displacement of an Electrically Charged Drop on a Vibrating Bath

In this work, the manipulation of an electrically charged droplet bouncing on a vertically vibrated, bath is investigated. When a horizontal, uniform and static electric eld is applied to it, a motion is induced. The droplet is accelerated when the droplet is small. On the other hand, large droplets appear to move with a constant speed that depends linearly on the applied electrical eld. In the latter regime, high speed imaging of one bounce reveals that the droplet experiences an acceleration due to the electrical force during the ight and decelerates to zero when interacting with the surface of the bath. Thus, the droplet moves with a constant average speed on a large time scale. We propose a criterion based on the force necessary to move a charged droplet at the surface of the
bath to discriminate between constant speed and accelerated droplet regimes. 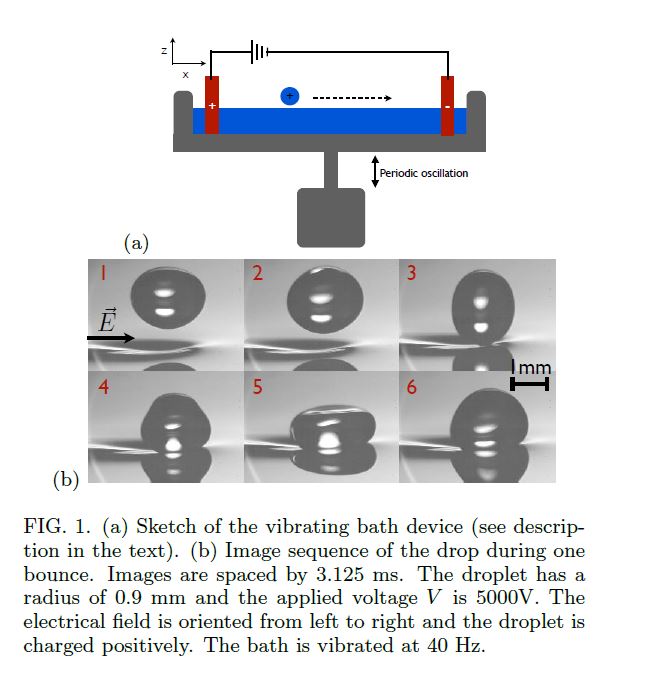