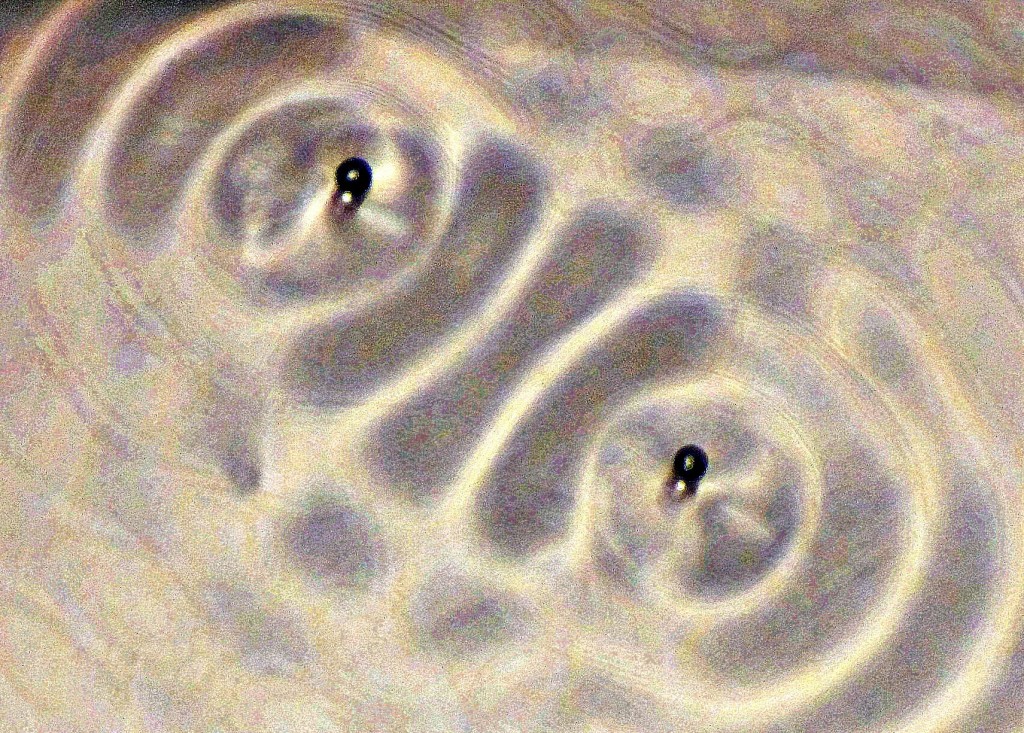 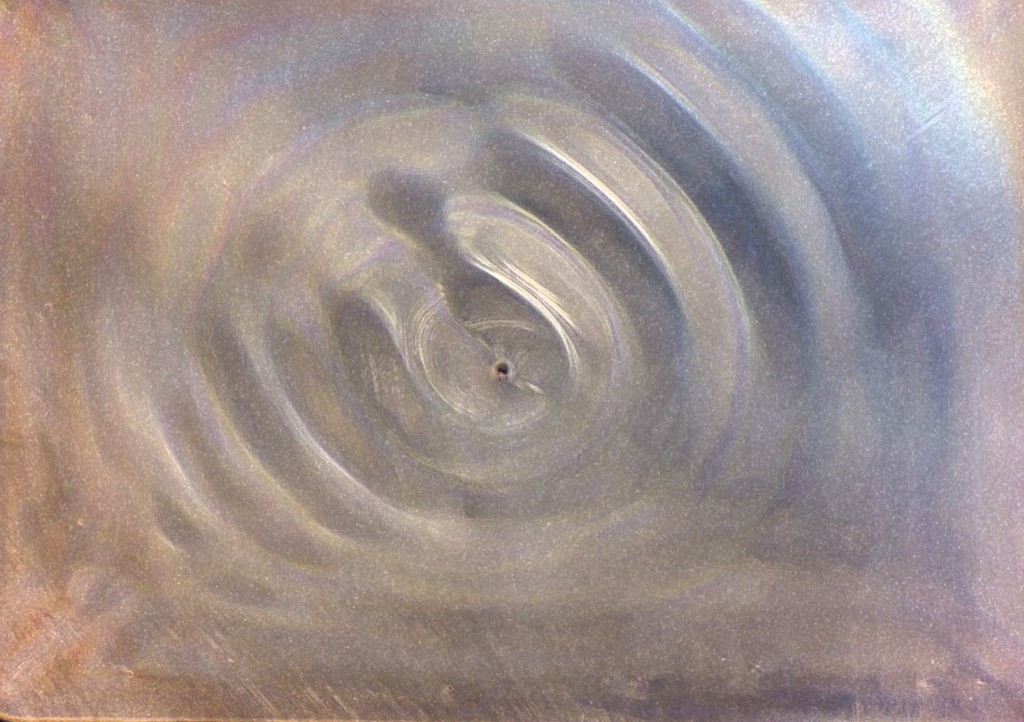 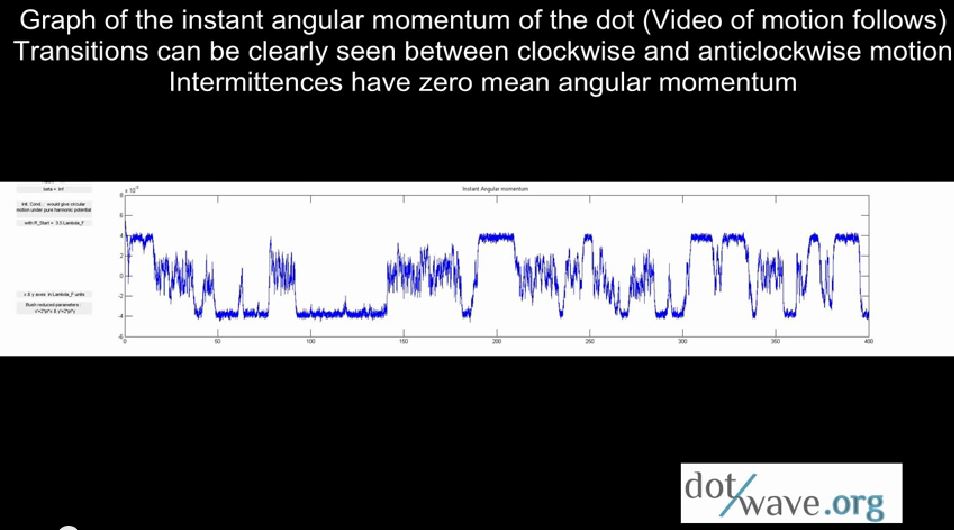 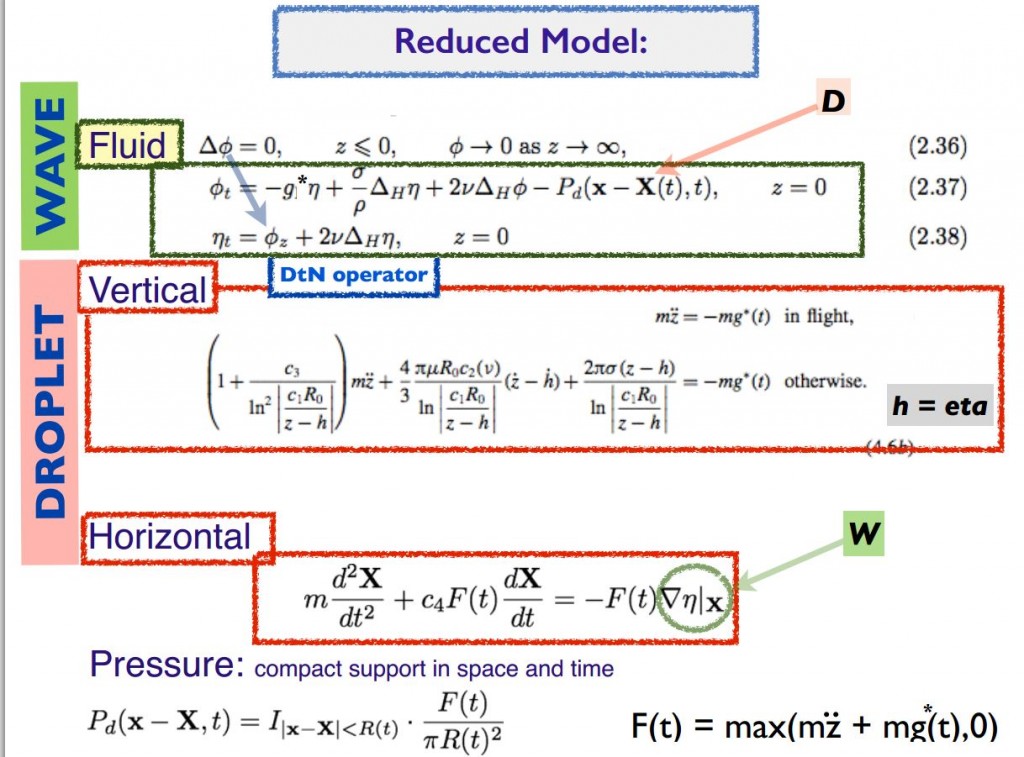 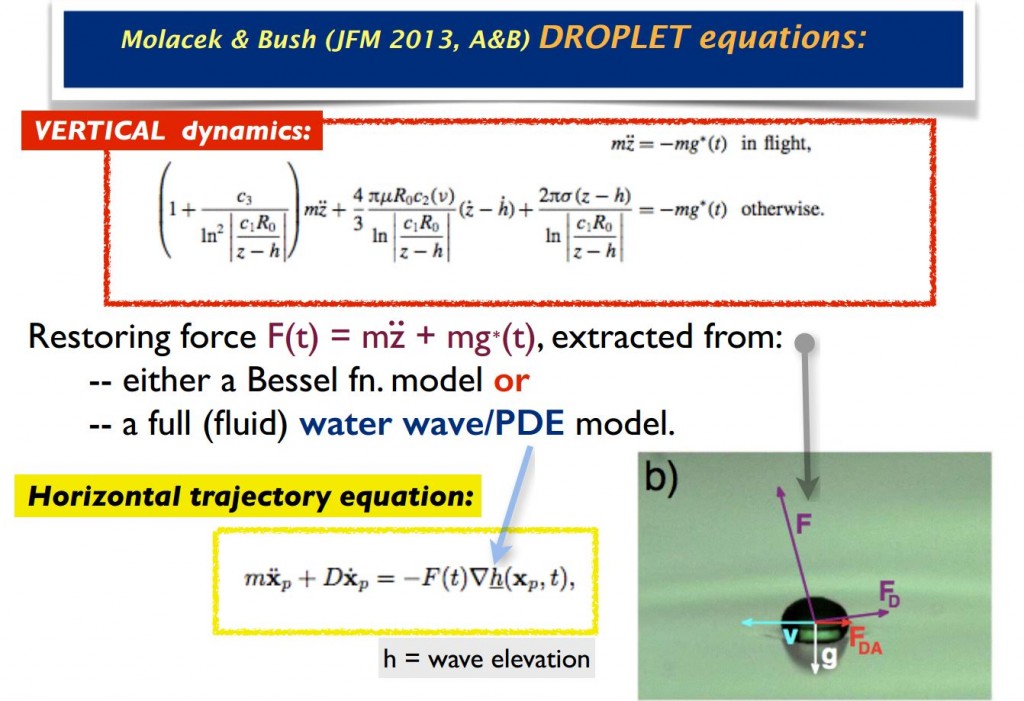 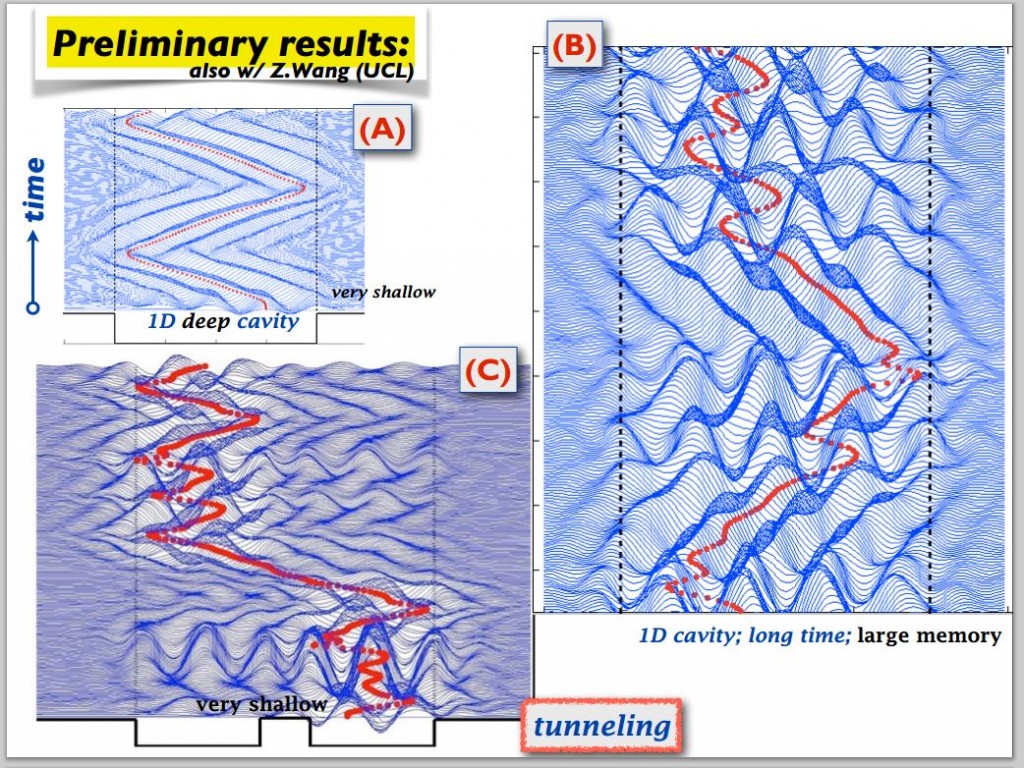 An interesting (almost) state of the art review with historical perspectives and some  (negative) nobel prizes insights.

Posted by heligone on Jun 25, 2014 in Blog, Numerical Simulation | 2 comments

Superposition, Decoherence, Schrodinger’s Cat and other magical lies my professors told you.

There is a good reason we are all fascinated with the walkers experiment. For any student of Quantum Mechanics (QM), the interpretation of the QM formalism is at first a puzzling proposal. There is a large suspension of disbelief that needs to take place. Simply put it is ‘counter intuitive’ and most people “shut up and calculate” essentially bowing to the myth that “QM is just very weird”.

How can things be in ‘several states’ at the same time. QM matter must be of a different, slightly magical, nature. It is perhaps best exemplified by paradox of the Schrodinger cat that is both dead and alive, supposedly at the same.

In this post we will apply the formalism of walkers, an emergent model of QM dynamics that comes about from the association of a particle and a wave and show how it sheds a new light on the fundamental interpretation of QM and show that in this interpretation, the cat is simply always dead.

We will also use this formalism to shed light on the typically QM notion of coherence and decoherence.

END_OF_DOCUMENT_TOKEN_TO_BE_REPLACED

Particle in a box – DotWave Self-Interference tracking and statistics

Wave particle in a 1-D box, tracking and statistics

Could such a setup be used to create a microfluidic “in-a-droplet” chemical reactor mixer ?

Posted by heligone on Feb 16, 2014 in Blog, Extended Bibliography | 0 comments

Where it all started …

And some movies of the interference pattern build-up :

Confinement of electrons to quantum corrals on a metal surface

On this video, you’ll see :

Video shot with a 30 Hz camera, at a forcing frequency of 60 Hz, hence not much stroboscopic flickering

The bath is excited just at the Faraday llevel, or slighly upper.

Dotwave in a box : emergence of normal mode

On this video, the walking droplet is confined in a small cavity (Approx. 6 to 8 times the faraday wavelength)

We observe the emergence of several normal modes of vibration of a walking droplet in a circular corral.

At first, the movement seems “random”, then, the whole wave-particle system synchronizes, and starts turning alltogether.

Its seems that thoses radius coincide with with the knots ofs thefaraday standing waves of the cavity, hence we have a quantization of the radius of the different trajectories.

How it is done : DIY Cymatronics

A Transparent plate is mounted  (via magnets) to three loud peakers serial-connected to an amplifier delivering a sinus signal.

Silicon oil ( with viscosuity 20 Cst)  is put on the transparent plate.

A  point source light is collimated, goes through the oil

A mirror placed below redirects the light beam to tha camera.

NB : it is not easy to set up this light system : the light source muste precisely tuned at the focal point of the lens.

When a walking droplet is trapped in a small box, the waves that it has generated extends to the whole frame.

Thus those waves  can resonate  and form normal modes of vibration inside the cavity.

A Dotwave after it has bounced on a obstacle.

Two DotWaves interact at a distance of  15 faraday wavelength

When  two walking droplets start turning around each other, the distance between them is n times the  wavelength (with n an integer) plus a constant.