“It was recently discovered that millimeter-sized droplets bouncing on the surface of an oscillating bath of the same fluid can couple with the surface waves it produces and begin walking across the fluid bath. These walkers have been shown to behave similarly to quantum particles; a few examples include single-particle diffraction, tunneling, and quantized orbits. Such behavior occurs because the drop and surface waves depend on each other to exist, making this the first and only known macroscopic pilot-wave system. In this paper, the quantized orbits between two identical drops are explored. By sending a perturbation to a pair of orbiting walkers, the orbit can be disrupted and transition to a new orbit. The numerical results of such transitions are analyzed and discussed.”

1 – Influence of apparatus temperature on the faraday thresold 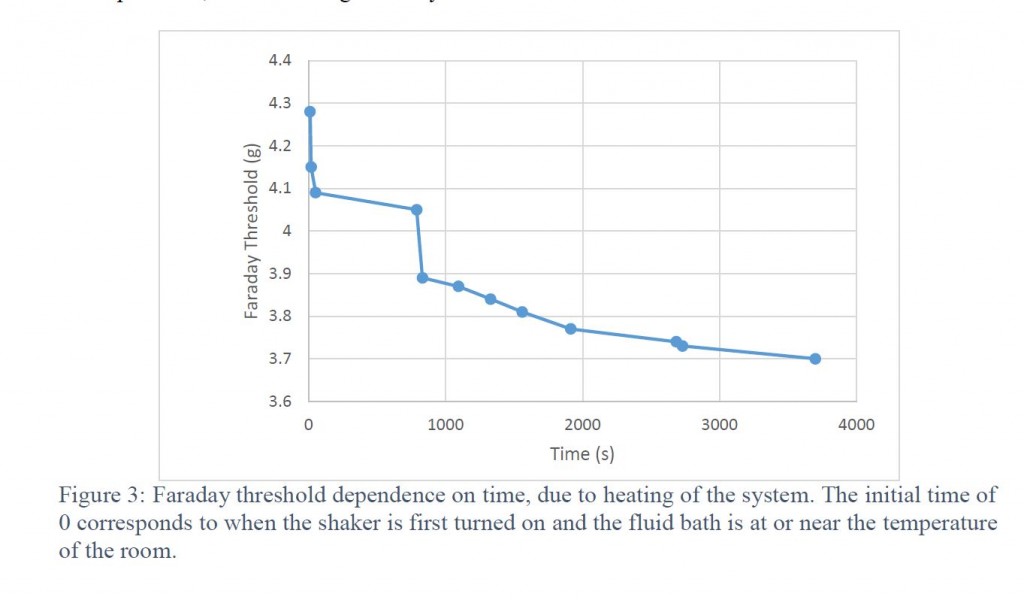